Punk culture has been around for nearly 50 years now and is known for being crazy, loud and unconventional in every way.

For the guys, male punk hairstyles have been at the center of everything.

The classic punk style included the Mohawk, spikes, and experiments with color. Punk hairstyles men are not limited to this though.

Here are our 20 favorite punk hairstyles for guys.

Foto of how to spike hair

Let’s start with one of the signature mens punk hairstyles; liberty spikes. This style stands out through long and thick spikes reaching as far out as possible. The spikes can either be black or multicolored. You’ll even match your spike cuffs too.

Here are liberty spikes hair in action again, only this time they are in mohawk form. Not many male hairstyles scream out punk like this style. It makes sense if you have a liberty spike hairstyle already so change things up and go for it.

Another absolute classic of the punk mohawk rock culture. The fanned mohawk has been used by guys since the birth of punk. Shave off the sides and grow out the spikes for the most effective style. 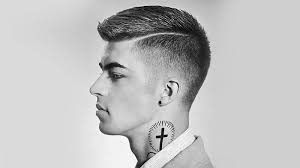 These are becoming increasingly popular in the punk rock hair community. The faux hawk is a mohawk but just nowhere near as long. For those of you with short hair, this is an easy one to try.mens punk hairstyles

Sometimes you might not be in the mood to put up a full punk mohawk. This is where the relaxed style comes in and looks just as good down as it does up. Give it a try and you may end up doing it more often than not.

So, by now we are all on the same page in terms of the different mohawks available to you. However, there is also the death hawk hairstyle. Death rockers will want this look. The style requires even longer and intrusive spikes, like the picture above. mens punk hairstyles

This could easily be known as the Sid Vicious rocker hairstyles. He had the great punk fashion sense and the spirit of the Sex Pistols legend lives on to this day through his iconic hair. Being inspired by one of the greatest punk icons of all time is nothing to be ashamed of.

Foto of punk hairstyles for guys

This is like a punk mohawk, but the top isn’t so extreme. Wearing this style saves time playing around with the spikes that come with the mohawk but still gives you a sense of classic punk. There are plenty of styles to choose from.

Some punks don’t want to rock a spiked mens 80s hairstyle but still, want to get those punk vibes flowing. If this is you, try an undercut. Like a mohawk, you’ll need to shave the back and sides, but the style will be a welcome break from the spikes if that’s what you’re looking for.mens punk hairstyles

With rock and roll as the foundation for the larger genre that punk guys are part of, it’s natural that we would regard the pompadour. The sleek hairstyle is a direct representation of the aforementioned lifestyle, standing out through a carefully styled top.

This punk hairstyles men is like a mohawk but instead of shaving the sides, they are made to look like tribal patterns. The hair on top is the pinned up to look like a mohawk. A good alternative style if you are feeling like taking a step into the world of mohawks.

It may have been born in the 70s, but modern punk fashion is based on the 80s hair men. With this in mind, pay your respects to the great age and go for a bright colored style from the era.

For those of you with a fro, we have got you covered too. No doubt you find it tough to get a mohawk punk so adapt it slightly and go for a barbershop punk hairstyle. Shave the sides and twist the tops upwards and you’re ready to embrace the punk life.

Foto of guys with black hair

Some people don’t regard emo as punk guys but for the sake of argument, we are including it on this list anyway. That means you can keep your emo styled bangs swept as much as you like and still rock that punk look. Just remember to keep it over your eyes, not in them.

Foto of mohawks for black guys

You’ll most often find punk hairstyles for guys with straight hair, but that doesn’t mean you can’t rock one regardless of your texture. For example, if you have natural curls, you can use them to your advantage and get a wider mohawk.

For as far back as anyone can remember, 80s hairstyles for guys have always been a tool for expressing cultures, values, and personalities. That’s why you can mix different elements today and get a truly unique hairstyle, such as dreadlocks with a mohawk.

The devilocks is a mens punk hairstyles that have become a thing because of The Misfits. Jerry Only was brave enough to pull this off and to be honest, he did a damn good job. Slick back your sides and you’re perfect.

Yet another modern hairstyle with a punk vibe is the messy bowl cut. If you decide on getting these 80s men hairstyles, we encourage you to put it side by side with an undercut. You can even pick different tones for the top and underneath.

Take a step into the gothic scene with a punk hairstyles male that represents the culture. If you have thick, straight hair, you will find it easy to adapt. Just bear in mind it may take a while to prepare (but if you have a mohawk, you’ll probably save time.)

The last style on this list is for kids that want to be punk guys but still have to follow the rules at school or at home. Try a faux hawk so you don’t get in too much trouble. If you can get away with it, you can shave the sides but don’t risk if you aren’t sure.

This is an excellent punk hairstyles for guys, where the Mohawks are about a foot in height and colored red to make others turn their heads.

This is among the cutting-edge punk hairstyles men, where the sides are totally shaved and the curly hairdo to add height to the volume on top. Some strands fall over the forehead.

You can discover the multicolored hair matching with the tattoo on the arms as well as body, to make this punk rock hair guys design a distinct one. This hairstyle is most definitely difficult.

Foto of The Personality Punk Hairstyle

This is completely a personality punk hairdo, where the hair locks are styled into blue spikes. This is truly among the distinctive punk hairdos for individuals.

Foto of The Punk Pompadour

This is a terrific punk hairdo, where the whole quantity of 80s mens hair is offered a substantial elevation as well as formed like a pyramid on the top. A sense of special character.

She’s at present in graduate school for Art History and appreciates investing energy outside, wandering around the Pacific Northwest. Her adoration for composing is coupled with her enthusiasm for helping other people. In her personal time, she adores simply cuddling up to watch a decent motion picture.